Underwriting rules likely won't ease until record-level interest rates rise, according to Office of the Comptroller of the Currency's (OCC) Semiannual Risk Perspective for fall 2012, which paints a grim picture for lending institutions. 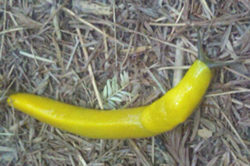 Citing a litany of obstacles, mortgage borrowers probably don't want to hear, the report says banks have a long way to go before underwriting standards ease and higher interest rates are in the mix.

"Banks with extensive mortgage servicing operations have made progress in remediating standards and practices, but the financial and reputational costs remain high," the report says.

While income from servicing fees have risen due to refinancing triggered by historically-low rates, that hasn't been sufficient to offset historic levels of new regulations - which lenders pretty much brought on themselves - as well as slow economic growth and other factors.

Other highlights of the OCC report include the negative impact of:

• Housing sector. One of the brightest spots in the report, mid-year housing data reveal stabilization and recovery in housing with modest price increases in a growing number of markets. Construction permits are picking up, but only providing "modest stimulus" from one of the hardest hit economic sectors.

• HELOC hell. Mounting home equity loans are reaching their end of draw period when payments increase to meet amortization requirements. That poses the risk of another wave of mortgage failures, forcing banks to adjust for the losses so portfolios adequately reflect the risk.

Mortgage Rates and the Stock Market: Understanding the Relationship

Many consumers would sign up for Wal-Mart, PayPal mortgages

Understanding Mortgages: What is Underwriting?

Which Secondary Financing is best for me?

Use Your Home to Get Away: Home Equity Loans with Frequent Flyer Programs

Refinancing when you have a Home Equity Loan already

Home equity till empty for many
homeowners