(5/3/2013) The reverse mortgage was introduced in 1961 as a way that seniors, age 62 plus, could tap into the equity in their home while continuing to live in the home and receive payments from the lender rather than making the customary payments to the lender, hence the name reverse mortgage. 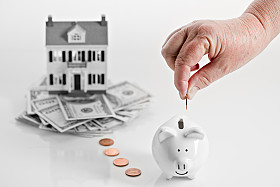 The reverse mortgage lender makes payments to the homeowner in one of three ways: a monthly payment, a line of credit or a lump sum.

The homeowner remains in control of the property until one of the following occurs:

a sale of the home

the owner moves from the home

one of the conditions of the mortgage is breached by the owner.

During the financial crisis of 2007-08, the market for reverse mortgages was shell shocked along with the rest of the mortgage industry. The collapse of home prices made it difficult for lenders to determine the value of the collateral backing these mortgages therefore hampering their ability to assess their risk.

Actuaries have estimated losses in the range of $2.8 billion on reverse mortgages over the next three decades. As a result of these alarming projections, the government agency which insures these loans, the Federal Housing Administration (FHA), has implemented a major overhaul of the program.

On April 1, 2013, the FHA discontinued the standard fixed rate reverse mortgage which accounted for almost 70% of all reverse mortgages underwritten due to the appeal of the large lump-sum payout to seniors. At the start of the financial crisis in 2008, there was a 30% increase in demand for the standard fixed rate lump-sum product. These loans were originated based on 62% to 77% of a property's appraised value. Surprisingly, nearly 10% of reverse mortgage borrowers were at risk of foreclosure due to a failure to pay basic real estate taxes and homeowner's insurance. Many of the reverse mortgage loans that went into default due to property tax and insurance payment failure were linked directly to the lump-sum payout feature.

After April 1, 2013, all standard reverse mortgage loans will be tied to adjustable rather than fixed rates. Seniors who prefer a fixed rate option will now receive a payout reduction of 10%-14% over the former fixed rated standard mortgage. The redesigned reverse mortgage is called a saver loan and comes with either a fixed or adjustable rate option. The saver reverse mortgage also has a lower FHA mortgage insurance premium (MIP) associated with it along with a lower loan amount. All standard loans now have adjustable interest rates only. And in an effort to deflect the potential losses stemming from reverse mortgages, the FHA will maintain as offset a fund holding 2% of a reverse mortgage borrower's property value. Regulators are also considering changes to insure against default due to a failure to pay property taxes and insurance by requiring these funds be impounded and held in reserve. All changes serve to strengthen the reverse mortgage program by reducing the lender's risk thereby insuring that the loans will be available to seniors in the future.

Reverse Mortgages Today: A Specialized Product in a Recovering Market

Is a reverse mortgage for you?