(6/28/2013) As consumers continue to struggle in an economy slow to recover, suffering from bad credit and scarce savings, short term loans such as payday and car-title loans remain an answer to a desperate need for quick cash. Until recently the lenders operating in this market have been able to work around state usury laws unlike banks and credit card issuers. Yet just as payday loans have come under the increased scrutiny of regulators, many of the lenders occupying that market have quickly shifted their focus onto car-title loans, also referred to as registration or auto-equity loans. Roughly one million consumers take out car-title loans totaling $6 billion each year. Twenty one states throughout the country permit car-title loans, which largely avoid examination by state regulators unless a consumer complaint is filed against a lender. 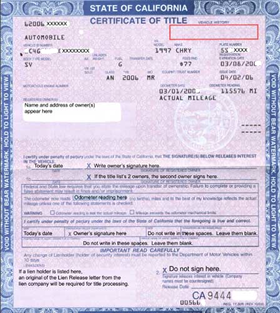 The car is the security for the loan

Car-title loans, as the name implies, are secured by using a consumer's vehicle as collateral for the loan. However a free and clear title on the vehicle is not required to obtain a car-title loan, only an owner's proof of registration is needed. If there is already purchase financing on the vehicle, then just like a homeowner obtaining a second mortgage, the car-title lender is in second position. A car-title loan can be obtained in as little as 30 minutes, as the process is essentially unregulated and lenders do not verify employment, credit or even consider a consumer's ability to repay the loan. A consumer is typically permitted to borrower up to a quarter or 25% of the value of the vehicle.

The average car-title loan is reportedly in the range of $950-$1300, which is three times higher than the average payday loan of $350. Like payday loans, the rate on a car-title loan will vary based upon the length of the loan which can run anywhere from a month to a year. Rarely are the loans repaid within a month as the average period of repayment is closer to 10 months. 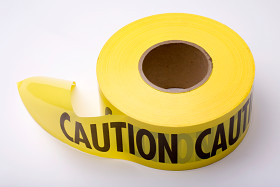 It is important to note that a monthly rate of 25% can result in an Annual Percentage Rate (or APR) of 300%;

therefore with an average loan amount of $950 and a typical repayment period approaching 10 months, a car-title loan consumer could spend roughly several thousand dollars for the loan. One consumer, who reportedly resided in a state that requires an interest rate cap on car-title loans, took out a loan for only $2,000 for six months and had to repay $1550 in interest alone, a rate just over 150%. An interest only payment option can appear to be a good deal to a consumer but can come as a shock to someone who doesn't understand that they will be faced with a balloon payment of the original loan amount at the end of the interest only period. The typical car-title loan consumer will refinance their loan an astonishing eight times within a year!

Borrowers may lose their car

Because a car-title loan is secured by the title on the consumer's vehicle, defaulting on the loan can result in the permanent loss of the vehicle and in fact, in the process of securing the loan, a consumer may be required to provide the lender with a key to the car to facilitate the ease of repossession should the need arise. Vehicles may even be set up for geo-location by the lender so they can easily be found in the event repossession is required. 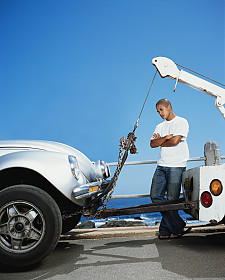 It is reported that roughly 17% of car-title loans end up requiring repossession. If the lender should repossess and sell the vehicle, the lender may also be entitled to keep any amount collected in excess of the outstanding loan balance, as some states permit this, leaving the consumer without a car and with any equity they had in the vehicle now lost.

As suggested previously, some states mandate interest rate caps on car-title loans, most in the range of 200 to 300%. It is noteworthy that as states have proceeded with initiating rate caps on payday and car-title loans, the number of lenders offering these loan products drops significantly, roughly in half. Some states are looking to cap the interest rate in the 36% range, vastly lower that the current average. The interest rate on a car-title loan is less than that of a payday loan, namely because the loan is secured by an asset, the consumer's vehicle. Car-title lenders justify charging high rates because of the high risk of default and high number of uncollectable loans, which averages between 15%-17%. In a pattern that closely resembles that of payday lenders, there is a heavy concentration of car-title lenders in minority and low income neighborhoods with a higher than average number of residents on public assistance. Though the lenders of both payday and car-title loans have claimed that their high rates are justified due to the short term nature of the loans, rarely is the repayment of the loan made within the original time frame set up at the beginning of the loan. It is misleading at best for a consumer to be persuaded to believe that the original payment plan is realistic and this is why regulators are cracking down on misrepresented, short term predatory loan products like payday and car-title loans.