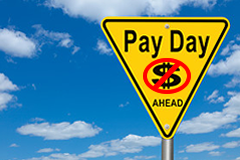 (6/24/2013) Approximately 12 million consumers resort to taking out payday loans each year. Most consumers intend to use them as bridge loans to fill a short term emergency cash need. Many consumers who turn to payday loans do not have access to traditional bank loans as there are no strict requirements to check credit or verify a consumer’s ability to repay a payday loan. 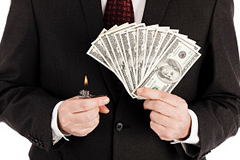 Less than 15% of payday loan borrowers can actually afford to repay their loan.
The market for payday loans has exploded since the financial crisis as a result of the deteriorating credit conditions of many Americans, in conjunction with a need by lenders for products to help replace lost fee income resulting from strict regulations on credit and debit cards going into effect. Regulators have finally turned their attention to payday loans as it appears the most vulnerable consumers are being misled by the targeted marketing practices of payday lenders. Less loan savvy consumers are being persuaded into taking on extremely high interest rate loans for what they intend to be a short term purpose but ultimately results in the payday loan consumer having to take out a succession of loans in a domino effect, one paying off the next, generating a vicious cycle of debt. Federal regulators have finally taken notice, the payday lenders are clearly on their radar. 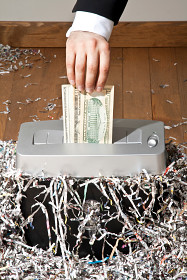 a consumer may write a check or arrange for the electronic transfer of funds from their checking account to cover the amount of the loan plus the loan fee required by the payday lender.

The loan is then scheduled to be repaid in one complete balloon payment that covers both the loan principal, along with the loan fee, when the consumer receives their next paycheck, hence the name “payday” loan. The average loan amount is small, typically in the $350 range, and the fee for the loan occurs in one of two ways: either by a flat fee per $50 to $100 borrowed or based on a percentage of the loan amount.

The annual percentage rate or APR of a loan is normally based upon four components: the loan amount, the interest rate, the actual loan cost and the term of the loan. If a consumer does not repay their payday loan within the required time frame, they must then pay the loan fees again each time the loan is extended. Therefore with the average payday loan amount of $350 for a 14 day or two week term, with a loan cost of $15 for every $100 borrowed, the APR could reach 391% if the loan were extended three times for 6 weeks. Research indicates that the median APR for payday loans is approximately 322%. This rate would certainly qualify as usurious, if these lenders were subject to state usury laws. Shockingly almost half of all payday loan consumers had more than 10 extensions or rollovers of their loan within 12 months and almost 15% had 20 plus loan extensions during a 12 month period.

Of the total payday loan consuming population, over two-thirds had seven plus loans within a 12 month period. 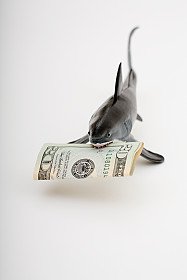 Fresh from cleaning up the mortgage industry after the sub-prime loan debacle, regulators have turned their attention to the payday loan industry. Reforms are afoot and a critical start is instituting a mandatory hold period for consumers between initiating new payday loans. It is the necessity of consumers to roll over their loans with such high frequency which leads to the spike in the annual percentage rate on these loans resulting in a spiraling debt load. To this end a requirement that a prior payday loan must be paid in full before a lender is able to extend the consumer a new one will now be in place. The marketing practices of these loans will also be closely examined as there is an alarming concentration of payday lenders in low income and minority neighborhoods as the target marketplace for this product appears to be the most desperate and vulnerable.


Some states and cities throughout the country are ahead of federal regulators in attempts to control the geographic concentration of payday lenders in their jurisdiction and have mandated a specific distance between them. The actual interest rate on a payday loan is not transparent to a payday loan consumer and though the loans are widely characterized as being costly, a calculation or quoted interest rate is not readily available. A credit check along with an assessment of a borrower’s ability to repay the loan is also lax in the issuance of payday loans. The predatory nature of these loans warrants the federal attention and scrutiny which is imminent.

High interest rates isn't the only drawback to some payday loans