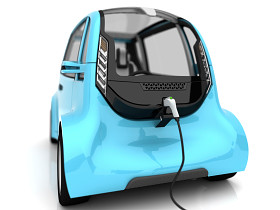 The independent rater is also recommending that used-car buyers avoid purchasing the affected vehicles until automakers resolve the issue.

Toyota has recalled some 5.6 million vehicles in the U.S. and has halted sales of eight models affected by the recall to deal with sticky gas pedals blamed for deaths and injuries.

"Although incidents of sudden acceleration are rare, we are taking this action because the vehicles have been identified as potentially unsafe without a fix yet being available to consumers, and in general our position is that you shouldn't compromise on safety," said Jim Guest, President of Consumers Union (CU), the publisher of CR, said in a prepared statement.

CR's web site is tracking the recall, telling consumers how to deal with the problem, and offering a forum for affected car owners who want to report incidents related to the accelerator problem.

The problems have been blamed it at least 19 deaths in the U.S. and numerous injuries and have prompted Japan's Toyota Motor Corp. to announced that an additional European recall could include up to 1.8 million cars, pushing the global total to 9 million. That's almost as many vehicles as were sold in the U.S. in 2009.

The National Automobile Dealers Association (NADA) recently issued the following statement today on the Toyota recall: "Toyota is doing the right thing. The safety of the customer is of paramount concern. Toyota has a reputation for resolving problems quickly. We certainly hope that's the case in this situation as well. This is creating a very difficult situation for dealers, in an already tough market. NADA is working with Toyota to identify a plan to help get dealers through this. In the meantime, we are encouraging Toyota dealers to check to see if they have business interruption insurance that might help them weather this crisis."

Toyota had a long-time CR reputation of well-built, reliable and safe vehicles. All models in the recall were checked "recommended" in CR's latest auto tests.

"The best vehicles are built by Honda, Subaru, and Toyota. They make well-rounded cars that excel across the board, getting very good scores in our road tests and high marks in reliability from subscribers in our Annual Auto Survey," CR reported in the last car test section before the recall.

Recalled models, along with their last CR score (100 is tops) are:

CR also noted that unintended acceleration has been reported in other brands of vehicles.

GM halted sales of the Pontiac Vibe, which was included in the recall because it is nearly identical to the Toyota Matrix.

The CR website was recently updated to remove the "recommended" tag on the affected models and replace it with a note saying the designation has been temporarily suspended.

"We continue to feel these are fundamentally good cars," explained David Champion, director of the CR's Auto Test Center.

"The instances of sticking accelerator pedals appear to be few compared to the millions of affected vehicles that have been sold. We took this step simply because we did not feel comfortable continuing to recommend them until the accelerator problem is fixed," he added.