What drives car buyers in today's society? Smart sizes, efficient fuel use, practical capability and of course, the hidden perks and guilty pleasures. In our continuing series, we examine the most popular cars in America. 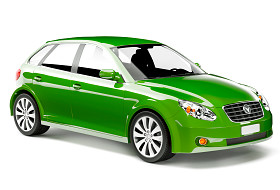 May 9, 2007 - As consumers turn more and more to practicality and economy in their autos, the Toyota Corolla continues its popularity streak.

Introduced in the 1966, the car has gone through nine iterations (generations). In 1997, the Corolla became the bestselling car in the world, and has remained in the spot due to international sales and popularity. It's sold in over 140 countries, and has sold over 30 million cars. So far in 2007, the Corolla dances with other midsize economical cars in the top 10 in the U.S., currently ranking number six.

What's the attraction? First is fuel economy. Drivers can get up to 41 miles per gallon depending on roads and transmission. Another selling point is the options. The Corolla comes in three trim styles (CE, S and LE). It also comes in a sporty station wagon version, the Matrix. Finally, the Corolla XRS is a version with extended room and power, including a 170 horsepower engine.

Another attraction held by the Corolla is its tested reliability. Over forty years, the car has consistently ranked as a reliable and safe car for drivers the world over. In fact, Toyota as a corporation is often lauded for its responsibility to employees, customers, and the environment. The Corolla is built and produced in American and Canadian factories.

The current generation of Corollas was introduced in the U.S. in 2003. New attributes included an engine with power yet economy, and a comfortable interior. Reviews pinpointed the evergreen quality of its appeal as one of the best choices for commuter vehicles, providing the comfort of larger and more expensive cars at a lower price and higher environmental awareness. While some reviewers lamented the lack of flash and pizazz, many buyers take advantage of the Corolla for that fact.

The newest generation of Corollas will be introduced in early 2008 as a 2009 model. Rumors suggest that a hybrid model will be part of the revamp.

Corolla prices run in the same ranges as its major competitors, the Chevy Cobalt, Ford Focus, Honda Civic, Nissan Sentra and Hyundai Elantra. Prices range from $14,305 to upwards of $17,000.

For a complete one-stop look at current Corolla features and specifications, visit
www.toyota.com.