What's the most important factor today when making the decision to buy a car? 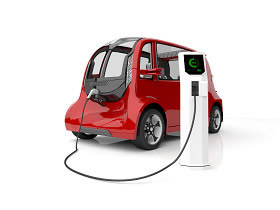 Taking a look at the most popular cars over the last year, it's easy to see that the energy and gas crisis plays a big role in consumers' purchasing motives.

The cars attracting a growing number of buyers are midsize or small passenger cars such as the Toyota Camry, Honda Accord, and Toyota Corolla. These smaller, more fuel-efficient cars are growing in popularity due to a typical capacity for over 30 miles per increasingly expensive gallon of gas.

What about the big gas guzzling SUVs and vans, the star sellers of yesteryear? In 2006, and in initial figures for 2007, they have dropped out of the top 10. The Dodge Caravan and Ford Explorer continue to be popular, landing in the top 15. But these monsters can't compete with the light, energy-smart passenger cars.

That doesn't mean that Americans have gone totally economical and efficient. Pickup trucks, particularly the Ford F-Series and Chevrolet's Silverado, still rank the highest in terms of sales in the last months and years. In fact, the Ford F-Series has transcended years and gas costs, ranking as the most popular vehicle for 24 years, and the most popular truck for 29 years.

SUVs and vans may be taking a hit, but demand for pickups is still high, perhaps due to their potential use as work vehicles (and for uses that SUVs and vans did not fully address). Sales have slowed in recent years across the models, and passenger cars continuing dancing with the Dodge Ram, besting the model some months and losing others. But if recent figures have anything to prove, trucks will be hard pressed to go completely out of style and favor.

The most recent figures for March 2007 indicate a list nearly identical to the year-ending figures for 2006. In the list below we indicate the model, the number of units sold for the month, and the percentage change from 2006 sales.
According to automakers (AutoData Corp.), the best-selling cars in the United States for March 2007 are:

Want a closer look? Read our continuing series for profiles of the Top 5 best-selling cars, including typical costs, key features and more.

Slow down, drive safely, save on auto insurance