(2/21/2011) - Automakers want their customers back and they are pulling out all the stops to make it so.

Presidents' Day weekend, beginning February 18, 2011, kicks off one of the best buy-a-new-car deals of the year and, with the economy limping along like a Ford Pinto with a cracked engine block, this year's deals are among the best ever.

You'll have to be a subscriber to Consumer Reports (CR) to get one of the best authoritative lists of the auto sale season, but the cost is more than worth the price of admission.

The non-profit Consumer Union's independent and trusted rater of goods and services found many new cars available for 15 to 20 percent off the sticker price -- and you may not even have to dicker.

Most of the deals are available now until February 28, with a few lasting beyond the end of the month and into April.

Consumer Reports highlights deals with prices well below the manufacturer's suggested retail price (MSRP) and says regional or local offers, as well as bonus incentives that are targeted at specific audiences such as military personnel or college graduates, "may further sweeten the deal."

Expect the best deals on less popular models priced to move, but CR highlights discounted vehicles that also scored high in its rigorous testing, have average or better predicted reliability, and performed well in government or insurance-industry safety tests.

The color of your choice may be hard to find, some of the best deals are on left over 2010 models that may have depreciated "significantly," but they are still "new" cars with only test drive mileage on the odometer.

"These vehicles may appeal most to high-mileage drivers who could amortize their miles over the additional model year, preserving future trade-in value, and those buyers who intend to hold on to a car for many years," Consumer Reports advises.

Consumer Reports says, even when there's a shop-until-you-drop-on-the-brakes sale, the key to getting the lowest price on a car is to know how much negotiating room you have.

That means you need to know all of the current sales incentives, including behind-the-scenes dealer perks and incentives, rebates and other details that give you an idea of how much negotiating room you have with the car's sticker price.

That information is available in Consumer Reports' "New Car Price Reports," data that can save you thousands of dollars when buying a new car.

This is not an endorsement. Consumer Reports has a proven track record.

Also, don't get a good deal only to have it ruined by a poor financing choice. 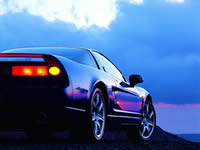