(02/04/2011) As part of the federal government's efforts to help millions of consumers nationwide avoid losing their homes to foreclosure, the state of Alabama recently launched a program that will help unemployed residents make their mortgage payments. 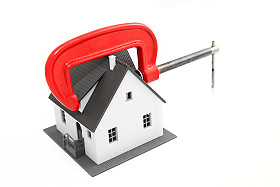 The Alabama Housing Finance Authority is now accepting applications from unemployed consumers for a mortgage assistance program that will grant them as much as $15,000 for up to a year to make home loan payments and avoid foreclosure, according to a report from the Gadsden Times. This effort is part of the federal government's Hardest Hit Fund, which gave $162 million to the state.

Consumers may also be able to avoid foreclosure with a refinance. By using the latest online rate tables to find the best local rates, they may be able to reduce their monthly mortgage bills.

The program could help as many as 10,000 families in the state, the report said. To qualify, applicants must have a household income of no more than $75,740, and an unpaid mortgage balance of less than $258,690. For families with more than one source of income, couples can still qualify even if only one person has lost his or her job, as long as it is under the limit.

Foreclosures increased in third quarter of 2010