Lenders Ease Pace of Tightening But Fall Short of Easing

(02-05-10) The government's $700 billion Troubled Asset The good news is that even though the current lending climate remains constrained, the economy appears to have grown in the fourth quarter of 2009.  Surprisingly, financial market conditions appear to be supportive of growth even though bank lending has contracted, it seems many banks have eased up on tightening, although they have not loosened up on restrictive underwriting practices already in place.  Just over 13% of banks indicated that their residential prime mortgage standards tightened, while only slightly over 7.5% indicated their standards had become less restrictive.  It will likely take several years for the lending environment to return to a semblance of normal where the balance of risk appears to have evened out.  The pendulum has moved from one extreme to the other so abruptly, from a period of loose lending without restrictions to over-exaggerated tightening, that the fallout has proven painful as the loses from imprudent lending practices are realized and the damage must be fully assessed while lenders make sense of the marketplace and re-learn how to lend responsibly in it.

Relief Program (TARP) has not yielded the results hoped for because stunningly little if any express terms or conditions were set forth by the architects of the program to insure how the funds would be utilized.  A number of the programs aimed at the crisis have fallen short of achieving the desired results.  Of the emergency programs implemented by the government to back-stop the housing markets, the $1.25 trillion program to purchase mortgage-backed securities is on schedule to come to a conclusion at the end of March, though all indications are that the program will be resurrected if necessary but it appears Fannie Mae and Freddie Mac have been primed to pick up much of the slack.  Other programs, such as the Home Affordable Modification Program (HAMP) have met with minimal success as only 66,465 permanent modifications have been completed while over 3 million foreclosures are expected to occur in 2010, up from 2.8 million in 2009.  Hopefully the economy can find its legs in spite of the government's misfired attempts at stimulus and the lender's shoring up their capital reserves while implementing impossibly strict lending standards.

Refinancing Your Mortgage Under Federal Programs

Related Article: Refinancing: Know the Process, and the Closing Costs 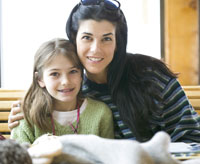