May 14, 2009 - The foreclosure prevention plan that has already assisted 50,000 homeowners has been expanded, the Obama administration announced today. 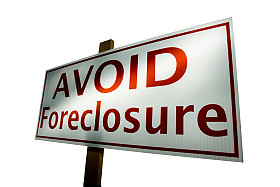 The $75 billion housing plan, known as “Making Home Affordable,” is built around paying lenders in order to modify the loans of troubled homeowners to affordable levels. Today's expansion comes two months since its launch and includes new incentives for lenders, meaning they will be eligible for repayment even if the assistance doesn't work and borrowers lose their homes.

Treasury Secretary Timothy F. Geithner and Housing and Urban Development Secretary Shaun Donovan detailed the new features of the plan as a way to save homeowners money and protect their financial future, even in the worst case scenario. This could help stem the foreclosure epidemic and stabilize the housing market.

Under the new features, if a homeowner does not qualify for a loan modification, lenders could receive up to $1,000 if they allow the home to be sold in a short sale (in which typically lenders accept less than the value of a mortgage). The homeowners might also be eligible for $1,500 for relocation expenses. An additional add-on to the program shields lenders from losses associated with falling home prices, encouraging loan modification in areas where home values have fallen dramatically.

About 55,000 homeowners have been offered modified loans, and at least 20,000 are already making lower payments. In comparison, only one homeowner is on record for receiving a loan under Hope for Homeowners, launched by the Bush administration in October. Another program, FHASecure, only refinanced 4,000 subprime borrowers before expiring at the end of 2008.

The program works by partially subsidizing interest rate reductions for eligible borrowers in order to make monthly payments no more than 31 percent of pre-tax income. Mortgage holders who live in their homes, have loans at or below $729,750 originated before Jan. 1, owe no more than 105 percent of the value of their home, and who are in default or at risk for default are eligible.

While the government plan is gaining traction, criticism has emerged that lenders have been accepting and implementing the plan unevenly. Demand by homeowners is huge, but the response can frustrate many, with long wait times and erratic communication. Additionally, many wonder if the plan is doing enough for borrowers who owe more than their home is worth. According to First American CoreLogic, a research firm, about 1 million homeowners with loans backed by those companies are too far underwater to qualify.