(7/13/2012) - A new surge in homeowners current on their mortgage, but calling for help before they default indicates homeowners have learned to seek help early, but it could also suggest a new wave of foreclosures is around the corner. 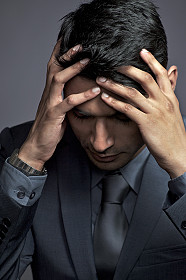 The percentage of callers seeking counseling , but who are also current on their mortgages is up 70 percent this year, according to non-profit homeowner advocate, the Homeownership Preservation Foundation (HPF).

It appears however, the economy isn't growing fast enough to keep them afloat.

Half of those counseled by HPF's HOPE Hotline this year, say they face a mounting inability to meet expenses and the struggle could cause them to default. Reduced incomes and a resultant increase in credit use is wearing down their financial resolve.

"We are seriously concerned about the rise in homeowners who were classified as low risk when they took out their mortgages and, as a result of a combination of circumstances - job loss, healthcare crises, and various recession-related issues - have seen their economic situations severely deteriorate," said Colleen Hernandez, CEO of HPF.

"This could result in the proverbial 'second shoe to drop' for the housing crisis, especially considering the limited options available to homeowners who are struggling but not yet delinquent," Hernandez said.

Because so many callers are either current on their mortgage or not underwater, or both, they are not eligible for many government and private bail out programs.

Hernandez said that only about 40 percent of HOPE Hotline (not to be confused with HopeNow.com) callers, who are current with their mortgage payments appear to qualify for the expanded Home Affordable Refinance Program (HARP 2.0), a federal program designed to allow only homeowners with loans backed by Fannie Mae and Freddie Mac to refinance at a lower interest rate.

The expanded HARP 2.0 is aimed at homeowners who are current on their mortgage payments, but owe more than the value of their properties.

A new version of HARP, to include more struggling homeowners, so called HARP 3.0, is in the legislative pipeline, but given today's combative political arena, it's a very long pipeline.

The federal government's Home Affordable Modification Program, for those who want to modify their mortgage, also has restrictions.

"There is a perception out there that the HOPE Hotline is only for emergencies, but the reality is that if you are running a budget deficit and are nervous about payments on a monthly basis, you're already in an emergency. It's best to call the HOPE Hotline and address your housing situation as soon as possible," Hernandez said.

Experts say it's always better to ask for help before disaster (house is on fire) strikes. After a catastrophe (the house has burned down), recovery is much more difficult.

"This foreclosure crisis is far from over," Hernandez warned.

As lenders are learning to comply with new servicing standards set in place by the National Mortgage Settlement and the Consumer Financial Protection Bureau (CFPB), make no mistake that notices of default are once again landing in mailboxes across the country at a pretty rapid clip," she added.

Understanding Mortgages: What is Foreclosure?

Foreclosures and Home Sales: A Bigger Piece of the Pie