A safe, interest-earning investment method to grow income. Sounds like all you need to know about Certificates of Deposit, or CDs. But it's really only the beginning.

The variety of CDs available to consumers has grown and is growing still. Advice on how best to use CDs as an effective investment strategy proliferates. And with the growing diversity, the advice on how to shop for the perfect CD becomes more complicated.

In a series of articles, we take a look at CD types, investment use, and shopping tips. First up – the differing options when it comes to CDs.

The CD that offers a locked savings with increased interest is the typical and traditional option, and it is the most popular. But it is no longer the only option.

Traditional CDs allow consumers to place a sum of money in a locked fund. Interest is earned at a higher rate than with normal savings or other accounts. The CD is defined by the term, or amount of time the fund is locked. Terms vary from a few months to 5 years. This CD is not liquid, meaning that withdrawals are not allowed without penalties. Early withdrawals before the term is done, or mature, can result in a few months to the entire term's worth of interest, and in some cases, a portion of the principal.

What other kinds of CDs exist? Increasingly banks and other institutions have attempted to alleviate the drawbacks of traditional CDs, such as withdrawal penalties and locked rates, by offering more flexible alternatives.

Bump-up CDs. This CD allows consumers to take advantage of increased interest rates. Bought a two-year CD at a 4% rate, but now six months later the bank is offering a 4.25% rate? With this option, you can bump up to the higher rate for the remainder of your term. There is usually a limit of one bump up within the term. The drawback of this option is the initial interest rate may be quite a bit lower than normal CDs.

Liquid CDs. A common complaint of traditional CDs is the fact that they are not liquid. This option offers consumers the opportunity to make withdrawals without penalty. In exchange for this flexibility, banks and other institutions often require a minimum balance kept in the account, as well as a limit on the number of withdrawals. The interest on these CDs is often lower than traditional CDs of the same term amount.

Zero-coupon CDs. Similar to zero-coupon bonds, consumers can buy a CD at a deep discount to the actual amount. For example, a 5-year, $50,000 CD with a 6 percent interest rate may be purchased as a zero-coupon CD for $25,000. No interest will be paid during the term, but the money will be invested. A problem with this CD is tax liability. Although money will not be paid out until the end of the term, the government considers interest money income earned. Consumers will owe tax on income not actually received.

Callable CDs. This type of CD can be “called” back by the bank after a certain time protection expires and before the CD matures. For example, a five-year CD issued at 5% may be called back after six months when rates have dropped. The bank can call this CD back and reissue it at the lower interest rate of 4%. Consumers will receive their full principal and interest earned to date. Often banks offer a premium for callable CDs as a reward for the risk.

High-yield CDs. Higher interest rates and higher principals mean higher yields. Increasingly online brokerages and comparisons help consumers find the highest interest rates to increase yield. Each CD may have its own set of rules and regulations, as well as drawbacks. Careful shopping and analysis of the terms and conditions is necessary for these CDs.

Jumbo CDs. These CDs are for principals greater than $100,000, and are often high-yield accounts. The drawback here is that the federal government only insures CD deposits up to $100,000. Banks and brokerages offer higher rates and yield to compensate for the lack of insurance. Often corporations, pension funds, and other institutions use these CDs as investments.

Learn more about CDs with our other articles:
Certificates of Deposit – Safe and Smart Investments 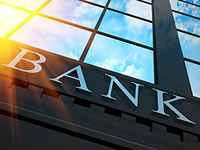 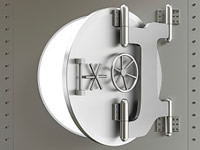 The Limitations of FDIC Insurance 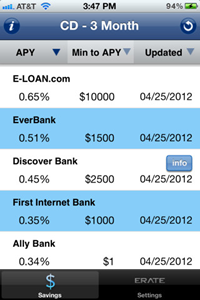 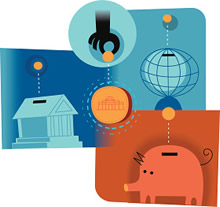